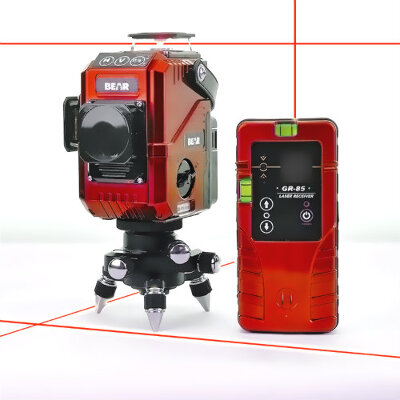 The Bear scientific 3D 360° is a red line laser with everything: 3 x 360° lines with an offset so that all lines are uninterrupted, accurate lines long range, outdoor mode and lithium batteries.