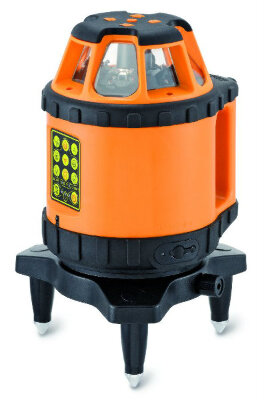 With the FL 1000 HP even difficult measuring tasks become a mere child’s play. Two vertical laser planes at 90° to each other formed through clearly visible laser lines – and additionally one 360° horizontal laser line projected by the rotation function.

FL 1000 HP the ultimate for interior works! Even for the most complicated and specialized applications. The whole laser plane can, for example, be tilted manually if the object to be measured does not stand level – such as in the interior construction of ships.